Why Does Eating Feel So Good?

March 29th, 2007 Seow Boon wrote ...
WASHINGTON (Reuters) - Why does eating feel so good? The secret may lie in the head, not in the stomach. U.S. researchers reported on Thursday.

Tests on rats show that the appetite hormone ghrelin acts on pleasure receptors in the brain.
The findings may help researchers develop better diet drugs.

"In mice and rats ghrelin triggers the same neurons as delicious food, sexual experience and many recreational drugs; that is, neurons that provide the sensation of pleasure and the expectation of reward," the researchers write in Friday's issue of the Journal of Clinical Investigation.

"These neurons produce dopamine and are located in a region of the brain known as the ventral tegmental area (VTA)," wrote the researchers, headed by Dr. Tamas Horvath of the Yale University School of Medicine in Connecticut.
Posted by Focus for the Family at 12:23 AM

faber, on 6 October, 2007 at 12:37 pm Said:
Hee Kuan wrote: So, with this stuff, we can dispense with food and women. Experience all the pleasures without the attendant problems!

faber, on 6 October, 2007 at 12:37 pm Said:
Yew Kwok wrote: If ghrelin produces dopamine, I wonder if the VTA is part of the substancia nigra which makes dopamine. The other well known neurotransmitters are serotonin, noradrenaline, and acetylcholine. 50 other transmitters are known, e.g. opiods which give runners a high to which they may be addicted. The Brain is the last frontier of medical science and even the heart which has been studied intensively has many questions which remain unanswered, eg the electrophysiology and how the brain controls the heart-beat.

faber, on 6 October, 2007 at 12:37 pm Said:
Weng Yew wrote: Hurrah, Whatever the ghrelin produces, I can say it does trigger Yew Kwok to respond in email for the very first time.
Cheers.

faber, on 6 October, 2007 at 12:38 pm Said:
Lohman wrote: Yesterday, I watched on Channel 16 Jamie Oliver’s programme on his efforts to educate school kids in their teens to switch from eating junk fast food type to wholesome food without the unhealthy batter and fats. It took him 6 months to convert both the dinner maids [ie the school kitchen staff who prepare and cook the processed fast food – less preparatory work when compared to more effort required with raw food items like meat, vegetables and spices which need to be washed, cut and cooked] and the school kids.

When the kids were eating the junk food, they all feel good! They enjoyed what they ate. I can understand the statement “ …eating feel so good.”

However, how does one explain the other extreme situation! When the kids were served with the wholesome food, which includes cooked meat prepared with natural spices, raw tomatoes and lettuce, the kids did not like them and refuses to eat them.

How is it that this latter situation, the statement “ … eating feel so good” is no longer applicable.
How do you explain that?

My understanding from the article is that the act of eating induces the flow of the appetite hormone ghrelin to the pleasure receptors in the brain. There is no further clarification as to the type of food eaten, which induces the euphoria effect. My layman’s thinking the euphoria effect should also be present regardless of the type of food eaten including the wholesome prepared food.

Perhaps, there would be another cause! Taste?

However, the happy ending is that all the school kids in the end did eat the wholesome prepared food which they admitted was tasty with natural spices and not from chemical preparations. They did not clamour for junk food in school. Conditioning of the mind or Hobson’s choice?

Seow Boon, I wish to state out front I have no wish to discredit the statement nor engage in long arguments. I am merely pointing out a phenomenon and seek clarifications from our knowledgeable brothers and sisters in this email loop.

faber, on 6 October, 2007 at 12:39 pm Said:
Seow Boon wrote: Why the restricted and unreliable sensations? Seng Hong, as an IT guy, when can we get a brain interface for programming of pleasure?

Just for starters, some lines of code, preferably behind a graphical user interface, for “pao-chih”, which I now try to avoid because of cruelty to the sharks. With just the right free-range chicken stock and a touch of XO added.

faber, on 6 October, 2007 at 12:39 pm Said:
Weng Yew wrote: I wonder whether it is proven that rats do not have the sexual dysfunction.

faber, on 6 October, 2007 at 12:39 pm Said:
SP Toh wrote: The estrous cycle, as in menstrual for humans, of female rats is between 4-5 days. If you are a male rat and surrounded by 5 female rats, each one having a cycle that starts on after another, you would be very, very busy. Female rats get very aggressive when on hear. A male rat will have no time to be dysfunctional. If it does not function, it gets eaten up! At the rate rats reproduce themselves (once every 3 weeks and with a litter of 8 to 12), and kill themselves unwittingly (lemmings are known to commit suicide en masse for no reason). I doubt that there is any sexually dysfunctional rat around! (BTW, and with apologies, I meant the real animal kind!) 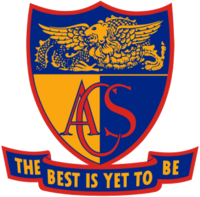